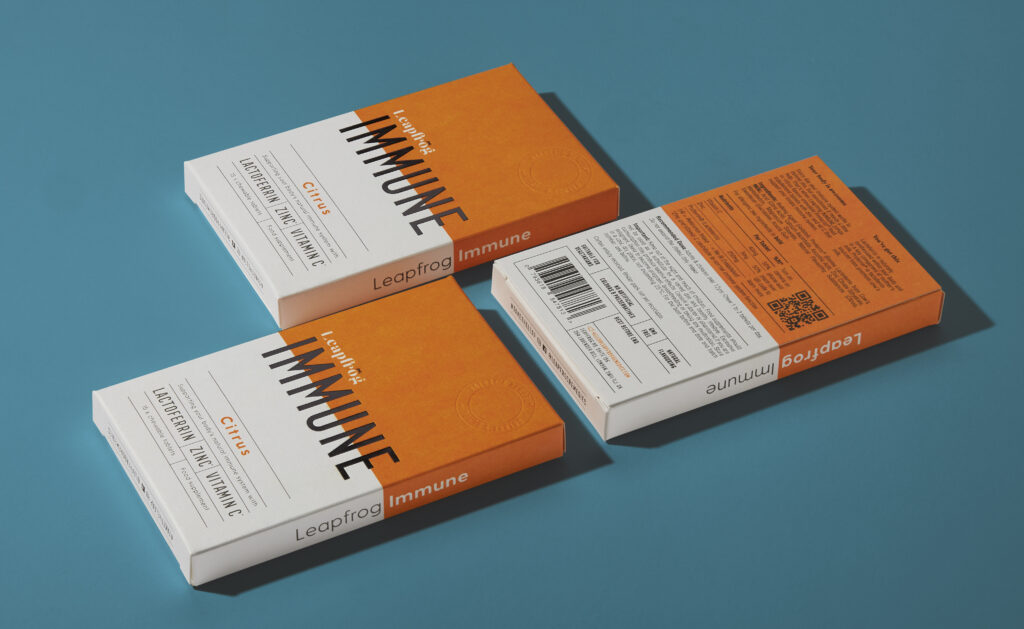 Health and wellbeing in every sense has been at the forefront of our minds for the past year! As we are beginning to emerge from the relative safety of our lockdown surroundings, it is vital that we protect our health and immune system.

We recently heard about a new health supplement which is available in Selfridges, so naturally, we wanted to learn more from Stephanie Drax, Founder of Leapfrog Remedies.

Please tell us all about Leapfrog Immune and the powerful ingredient Lactoferrin?

Leapfrog IMMUNE is the first supplement of its kind in the UK: a chewable immune support tablet that contains lactoferrin, zinc and vitamin C. Few people have heard of lactoferrin, but in fact it’s a protein that exists within us all. It’s found in secretions at all the entry points of our body – such as our tears, mucus and saliva – and its purpose is to protect us against invading viruses and bacteria.

Our bodies synthesise this protein every day and it works hard as part of our immune system, but when we’re tired, run-down, stressed and not eating properly we may not produce sufficient lactoferrin of our own. That’s when Leapfrog jumps in. Interestingly, lactoferrin is also a key component of mother’s milk – it establishes and maintains immune equilibrium in the newborn – and cow’s milk is biologically very similar to human milk. Therefore, we extract our lactoferrin from cow’s milk and are able to harness its extraordinary benefits in a supplement.

What inspired you to launch your own supplement? 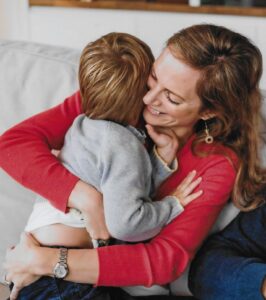 Two and half years ago I had two boys at nursery, constantly coming home with running noses and coughs that my husband and I both caught. I spoke to a nutritionist about how to stave illnesses off and she suggested good gut health and kefir in particular. I began writing an article on it, and during my research I spoke to a scientist who told me about lactoferrin. He said he’d been supplementing with it and hadn’t had a cold in 30 years! Curious journalist that I am, I tried the raw material. I was intrigued by the fact it was in our bodies – unlike other remedies like echinacea and elderberry – and I also knew that during the time I breastfed both my boys they were very well protected from viruses and bacteria. After several months of my husband and I trying the lactoferrin at home, we were convinced – taken at the first sign of a sniffle, it stopped our colds in their tracks repeatedly. We were amazed. My husband was climbing the walls for me to source more, and there was nothing I could find being made in the UK. That’s when I decided to bring lactoferrin to the UK market in a chewable tablet with the additional benefits of zinc and vitamin C. Leapfrog was born.

Were you encouraged by industry experts?

One of my strengths in business has always been to ask for advice! I sought out guidance from people at the top of their game in the wellness world, and everyone encouraged me to go for it. No-one had heard of lactoferrin – though not one of us is a stranger to it! – and they were all as intrigued as I was. I spoke to the nutritionist Amelia Freer, Melanie Lawson of Bare Biology, Adam Kelliher of Equazen, Kate Prince of Ancient & Brave, Kim Buckland, co-founder of Liz Earle and Renée Elliott, the founder of Planet Organic – they were all kind and supportive. Renée Elliott then became my mentor and has been an integral part of Leapfrog.

Can you explain the science behind the brand?

There are over 8,900 published scientific studies on lactoferrin on the peer-reviewed site PubMed. I read quite a few, and several were written by Dr Marian Kruzel, an immunologist at the University of Texas. We spoke many times and he joined the Leapfrog team. He believes that the chewable format with mucosal delivery, through the cells that line the mouth, has better absorption than capsules that you swallow, and avoids the gastric juices. He was also keen on the synergistic relationship between the lactoferrin, zinc and vitamin C – the last two being well known for their anti-viral effects. I also have a top nutritionist on the team, Emma Davies, who knew lactoferrin and had been suggesting it to clients for years. She called it her “secret weapon”!

Is Leapfrog Immune an all year-round supplement?

Yes. Ultimately, it’s about your immune resilience, which of course wanes as we age past 50. Leapfrog is especially useful in the winter months, when we would normally catch viruses and bacterial infections because of being indoors and close proximity.  We suggest taking it month on, month off if you’re susceptible to stress, lack of sleep or exercise, or have a poor diet. Or, you can simply take a tablet as and when required. Also, myself and Dr Kruzel wouldn’t consider getting on a plane without it!

Is it suitable for the whole family?

Where can our clients purchase your product?

We have recently launched in Selfridges which is a dream come true. When the buyer said he’d really enjoyed my pitch and that he was very interested in stocking Leapfrog, I’d probably have thrown my arms around him if we hadn’t been on Zoom!

What’s next for you and the Leapfrog brand?

There’s a big education piece to do with lactoferrin, and so I’ll be standing on my soapbox. Leapfrog is the first lactoferrin brand in the UK, and it’s a privilege to promote the wonders of this hero ingredient within our supplement. Journalists, customers and Renée Elliott, in fact, have called it “magical”.

The cost of flying by private jet

The Best Luxury Villas in Europe